Get back
back to shop

Designer handmade soap with a juicy scent of pears 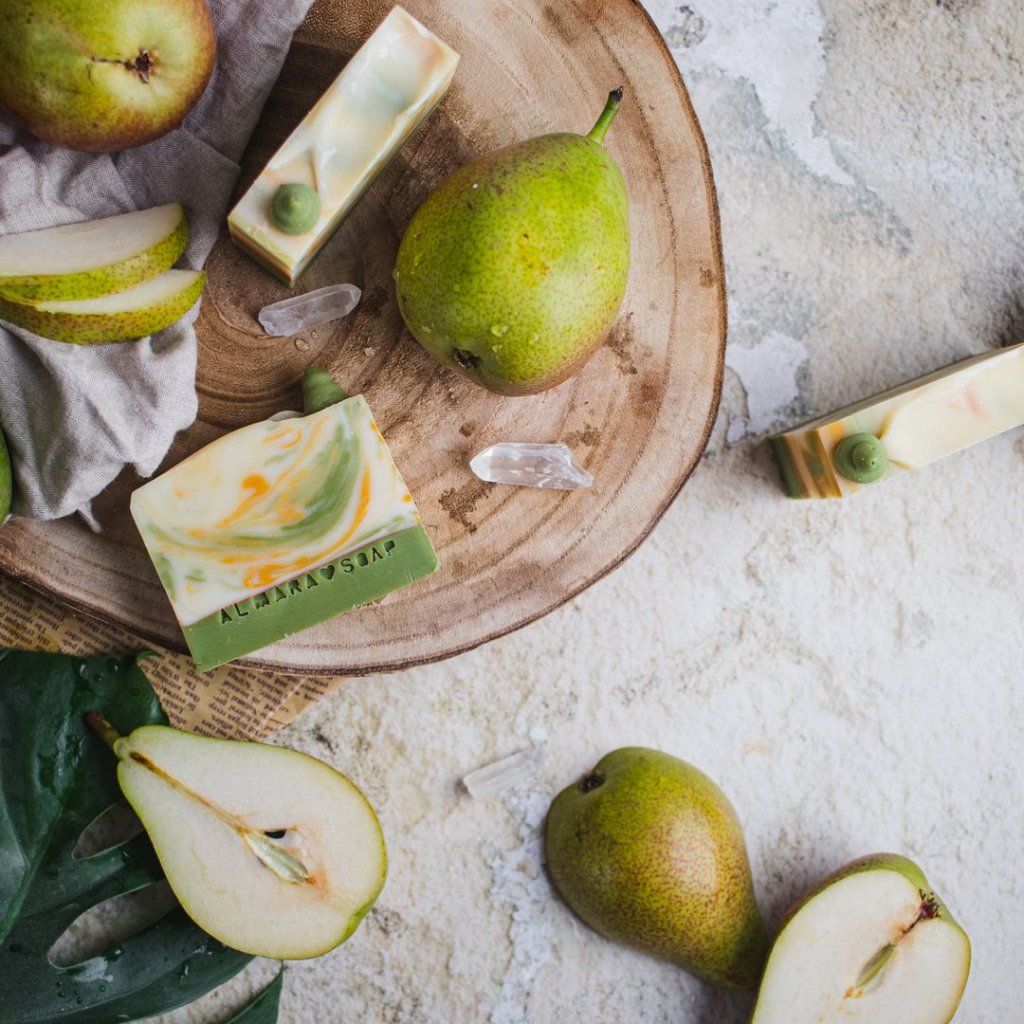 Did you know that the most famous pear comes from the underworld? Greek myths tell the story of Dio's son being sent into sinister depths for bad deeds to mourn idly under a tree full of fruit. As soon as he was hungry and wanted to pluck the fruits, the branches immediately rose and denied him the delicacy. The pear thus became his greatest treasure and unattainable temptation.

Juicy Pear's irresistible design soap will enchant you with its sweet and fresh scent of pear, which will not let you sleep. You don't have to climb a ladder to a tree and try to pluck it in vain - it's not as unattainable as the underworld pear, but you'll want it more and more!

The soap contains a high proportion of carefully mixed vegetable oils, which guarantee a very gentle, soft wash and leave the skin supple, nourished and non-dried. Mineral dyes and zinc oxide took care of the beautiful color of the soap.

The soap is intended for normal skin.

We are sorry for interrupting your flow. Your CSRF token is probably not valid anymore. To keep you secure, we need you to log in again. Thank you for your understanding.

Thank you for your understanding.